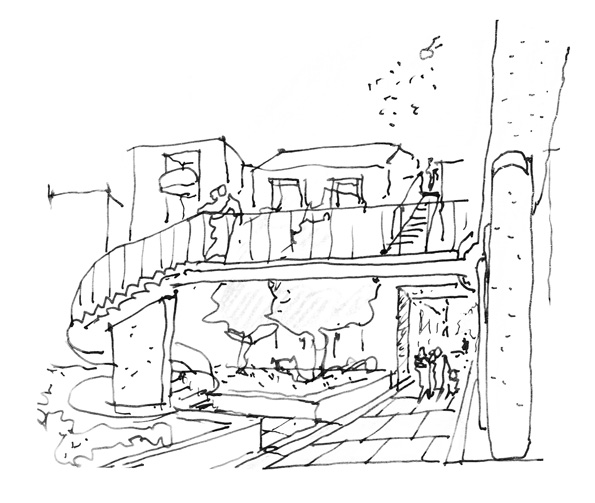 91 apartments of which 33 have been designed in relation with the future renters
A common meeting room
A shop
A public passage
Project Following a series of participatory workshops, design proposals which meet the desires and needs of the future inhabitants.

Following a series of participatory workshops, design proposals which meet the desires and needs of the future inhabitants.

Following the projects of Yzeure and of the Buisson Saint Louis in Paris, both designed in participation with the futur inhabitants, the Gennevilliers Municipal Housing Agency proposed to thirty potential renters, the possibility of participating in the design and conception of their furtur apartments.
Workshops, organized by Yves de Lagausie, were schedule every week for four months.
A coordinating body which which brought together the different partners, including the Municipality, looked over both the planning and conflictual decisions which might be pending.
The project is situated in the heart of the Grésillons neighborhood.
A public passage goes thru the project and relates it to the Indira Gandhi square in the heart of the neighborhood.
The dwellings are either on one, two and even three levels.
Following the design process, a community "association" was created which to this day continues meeting.